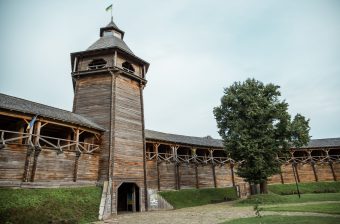 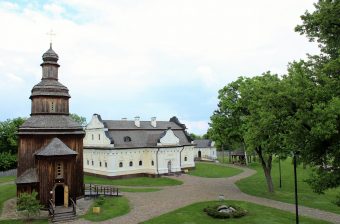 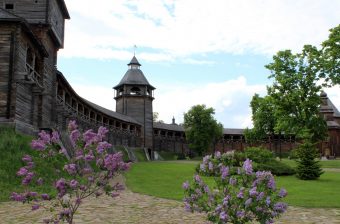 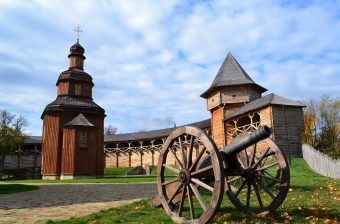 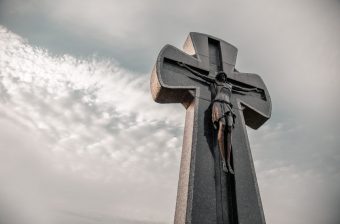 The territory of the “Citadel of Baturyn Fortress” is an architectural and memorial complex that has a sacred significance for every Ukrainian. Reproduced in 2008 on the initiative of the President of Ukraine (2005-2010) Viktor Yushchenko in an authentic place. The archeopark vividly illustrates the view of the most fortified part of the city fortress of 1669-1708 and reveals the general image of the heart of the Hetmanate. It gives each of us an understanding of Baturyn as a historical “treasure” of Ukraine, a place of awareness of national identity and involvement in the preservation of the acquired and development of the state.

Important administrative, defensive and religious buildings have been recreated on the territory of the Citadel. Defensive ramparts and log walls, a fragment of a sharp fence, towers and entrance gates, a moat separating the citadel from the fortress and cities acquaint the visitor with the peculiarities of the defense construction of the Cossack era of the late XVII-early XVIII centuries and present the power of the Ukrainian state.

Hetman’s House, represents the realities of masonry architecture of the second half of the seventeenth century, a place where the foundations of the birth of the Ukrainian state were laid by military and political figures – Demyan Ignatovych, Ivan Samoilovich and Ivan Mazepa.

The court church of the Resurrection of the Lord reveals the spirituality of the officers’ and aristocratic center of the Hetmanate and is in fact the tomb of the heroes of the Baturyn defense of 1708, whose remains found eternal peace in its crypt.