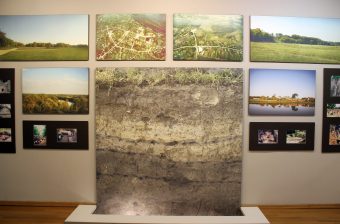 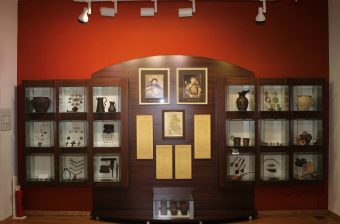 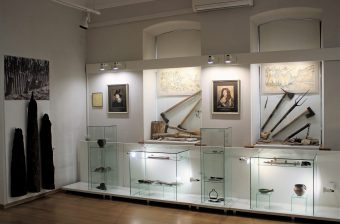 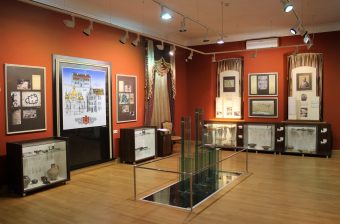 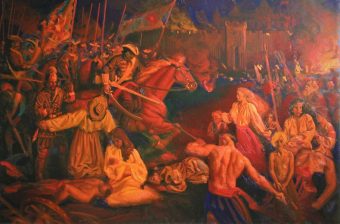 Baturyn Museum of Archeology began its work on January 22, 2009 on the Day of National Unity of Ukraine, President of Ukraine (2005-2010) Viktor Yushchenko opened the exposition of the museum for visitors.

The museum is located in a local architectural landmarked building – the Resurrection parish school, built in 1904. The restoration of this landmark lasted from 2005 to 2008.

The significant archaeological collection of the Reserve became the basis of the Baturyn Museum of Archaeology. The exposition is built in three thematic sections: “Ancient Baturyn”, “Baturyn of the Cossacks”, “Baturyn – Hetman’s Residence”. An area of 128.5 square meters exhibits approximately 700 artefacts. The museum halls cover a significant period of time – from the appearance of a man on the territory of Baturyn to the city’s destruction on November 13 (2), 1708, because this very tragedy turned it into a unique monument of Cossack and Hetman epoch in the history of the Ukrainian people.

The most of the museum exhibits are unique historical and archetypical objects: an ancient bone hammer (about 5 thousand years old), Trypillya plastics, Slavonic-Russian antiquities, Cossack household items, objects from Hetmans’ houses, artefacts from the heroic defense of Baturyn (body icons, victims’ crosses, fragments of a cannon and a church bell), which are undeniable evidence of robbery and burning of the rebelled Hetmans’ capital and mass extermination of its residents.

The museum is annually enriched with new exhibits from the Baturyn archaeological research.